Living in Exile with Chief Joseph

See full list on thoughtco.com. Chief Joseph & the Flight of the Nez Perce is far more than the story of a man and a people. It is a grand saga of a pivotal time in our nation's history. Its pages are alive with the presence of Lewis and Clark, General William Tecumseh Sherman, General George Armstrong Custer, and Sitting Bull.

For many who study the Nez Perce Flight of 1877 today, the seige at Bear Paw marked the end of the event; however, for those Nimiipuu (Nez Perce) who turned themselves over to military care, the ordeal was far from over. Although they expected to be able to return home upon surrender, those 432 Nimiipuu were sent to Fort Leavenworth in Kansas that winter, and exiled then to Indian Territory (Oklahoma) the next summer.

hímı.n maqsmáqs (Yellow Wolf) remembers: 'We were not badly treated in captivity. We were free as long as we did not come towards Idaho and Wallowa. Only the climate killed many of us. All the newborn babies died, and many of the old people too. Everything so different from our old homes. No mountains, no springs, no clear running rivers.. We called where we were held Eeikish Pah (Hot Place). All the time, night and day, we suffered from the climate. For the first year, they kept us all where many got shaking sickness, chills, hot fever. We were always lonely for our old-time homes.”

kulkulsiyeké.t (Matthew Whitfield) also spoke of that time: “I always think of our slavery in Indian Territory. I cannot forget it! Held in bondage till half our band died in that hot, flat country. Babies and children dying. . . . I can never put its memory from my mind.”

Joseph with the help of other Nimiipuu spent eight years trying to convince U.S. government officials and citizens that his people should go home. Finally, in 1885 the Nimiipuu were allowed to return to the Pacific Northwest. Some were sent to the Nez Perce reservation in Idaho, while others, including Chief Joseph, were relocated to the Colville Reservation in Washington State due to threats of violent reprisal from the citizens of Idaho. hímı·n maqsmáqs (Yellow Wolf) explained: “Religion had to do with where they placed us. . . . The interpreter asked us, ‘Where you want to go? Lapwai and be Christian, or Colville and just be yourself?’ No other question was asked us. . . . Chief [Young] Joseph was not given choice where to go. But he had promise . . . he could go [to his homeland in Oregon] with his band. That was never to be.”

Nearly 300 Nimiipuu made their way to Canada. Among them was 12 year old Kulkulsta (Mark Arthur). As an adult he recalled: 'I ran with our horses.. the bullets are everywhere; I cried to go to my mother in camp, but our people held me tight and wouldn’t let me go. I went through bushes a long way; then I found some people and we went on together. Chief Joseph, our big men and my mother are not with us; we do not know if they are killed or prisoners; it was seven years before I saw my mother again.. We went to the Sioux camp in Canada. [They] were very good to us but it was very cold and there was very little food; sometimes there was just one rabbit for ten people.'

Over several days, Nimiipuu arrived in small groups at Sitting Bull’s camp near Fort Walsh, Canada. The Sioux believed the battle raged far away on the Missouri River. More refugees arrived. Finally, the Sioux understood the battle was only two days south on a tributary of the Milk River. With Nimiipuu warriors beside them, a band of Sioux started south. Just past the ‘Medicine Line’ (the Canadian border), they encountered 30 Nimiipuu led by Chief White Bird. Those who remained on Snake Creek surrendered their weapons to the U.S. Army, and would suffer if rescue was attempted. Most of the relief party returned north with the new refugees. A few continued on to the place of battle to properly bury the dead.

Some Nimiipuu who had escapted to Canada risked all to rejoin their families. Peo Peo Tholekt remembered: 'I felt very down-hearted as I drifted. The memory was strong - Wallowa - the home of my father. I shall now drift alone. Unfriended and without a home. No where to sleep in comfort, hungry every day, wandering as a chased coyote. Seeking for shelter and not found.. Naked, crying over my brothers and sisters when I left them corraled by the soldiers. They will all be killed! I did seek friends among tribes speaking a different language. I found the Sioux. I remembered the Sioux had always been an enemy to my tribe! But they proved friendly to me, keeping me for a year.'

Tom Hill recounted: 'During the surrender we were ordered to go out in the prairie to look for Nez Perce. I obeyed the order and I left for good. After staying away for about one year I was recaptured. I was then taken to Indian Territory to [join] the Nez Perce there. I stayed seven years. Then I was returned with the Nez Perce to Idaho. Chief Joseph and a band with him elected to come to Nespelem [on] the Colville Reservation in Washington.'

Each generation of Nimiipuu descendants seeks healing for the grief, sorrow, and loss of family members and their homeland. The Flight of 1877 has far-reaching consequences. One result is the scattering of Nimiipuu into Canada and across the United States (with principal enrollments on the Colville, Nez Perce, and Umatilla Indian Reservations). Schisms still exist, fractionalizing what was once a gentle balance among the many bands of Nimiipuu.

x.íst (Sharon Redthunder) says, “It’s something that just breaks my heart when I think of everything our people went through, and how we’re so scattered. We’re still scattered . . . all the way to Oklahoma, Kansas, Canada, Idaho, Oregon, Washington, Montana. We’re all bonded together because of our encounter we went through in 1877.”

Hope for the Future 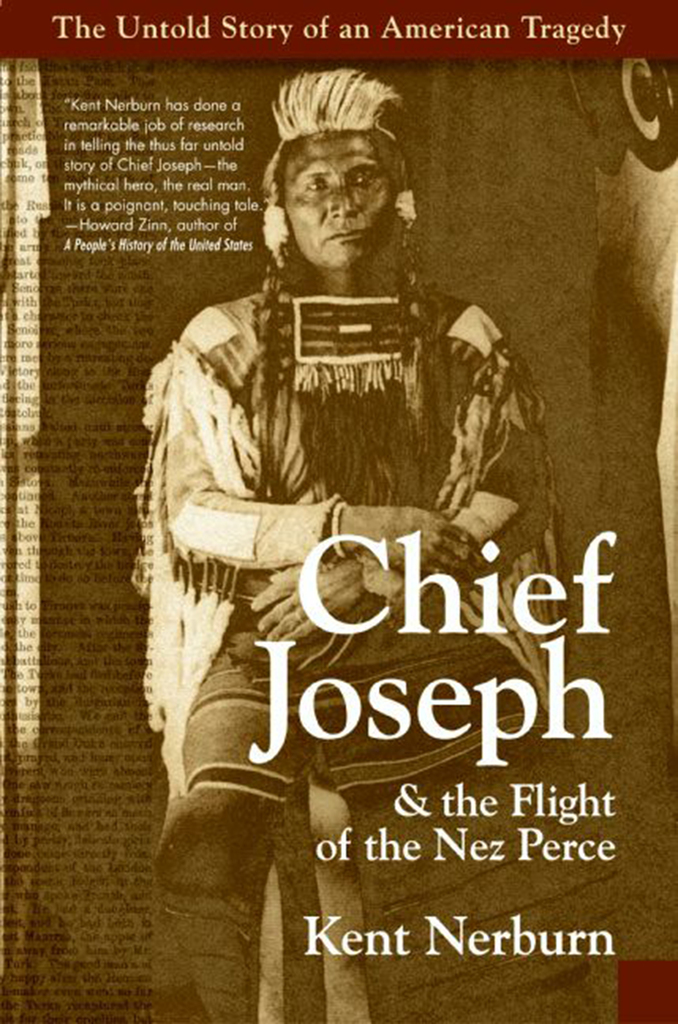 Despite the trials and tribulations of the past, Nimiipuu tribals members from across the country have high hopes for the future.

Rebecca Miles says, 'There’s no future without forgiveness. If we can forgive, there’s nothing this tribe can’t do.'

?ıpelıkítemucet (Frank Andrews) says: 'Our victory is that we are still here. We are still surviving, we are going on. We still have our culture, traditions, customs, united together. Maybe one day we can share each other’s different ways and . . . join hands together and work for that.'

temıyéwtıtu.t (Albert Andrews Redstar) says: So to the young people, “Don’t forget who you are. Learn how to pick up those drums and sing the songs that we sing, learn how to speak in the fashion of our old people. Because it’s in those songs and in the speech of our people that we learn the lessons to carry our lives. Don’t forget those old teachings.” Visual studio 2019 intellisense not working.

ta?mapcá?yox.ayx.áyx (White Hawk / John Miller) says: 'Now, all this trouble is past. It is like two different trees, young trees. Planted, they grow together their branches intertwining. Hereafter, both races, red and white are friendly always. . . . That this would last as long as the world exists.'