If only Pharaoh had let the people go, he could have saved himself and his people from much hardship and heartbreak. If only Pharaoh would have realized that when God calls us to let something, someone, or anyone go, it's not to take from our lives but to add to them.

Last week, I watched a child refuse to listen to their parents in the store. No matter what the adults offered in a plea, the child had made up their mind that their decision was best. With a shake of my head, I couldn't believe the toddler’s inability to at least weigh the options being presented to them. While we may not all be the most patient or contemplative individuals, don't we often do the same thing?
A few days later, my boyfriend and I viewed an excellent dance recital that presented the message of deliverance from life's challenges. Through a two-hour show, the choreography focused on Pharaoh's inability to let God's people go, and I was reminded again of this child in the store.

Plague after plague, God hardened Pharaoh's heart, and God's people were bound in treacherous slavery. It didn't matter that all the water turned to blood, and the people were thirsty for something water couldn't satisfy. It didn't matter that frogs covered the Egyptian land, gnats infested the ground, flies filled the home, livestock died, boils broke out on their skin, hail fell like raindrops, locusts ate everything, and darkness covered the earth; Pharaoh still had a stubborn heart.

While Exodus 7-12 recounts these horrific scenes, Pharaoh was not persuaded to let the people go until Exodus 11, after every firstborn cattle and son (including his own) had died. It appeared that Pharaoh had finally come to his senses by kicking God's people out of his land.

'At midnight the Lord struck down every oldest son in Egypt. He killed the oldest son of Pharaoh, who sat on the throne. He killed all the oldest sons of prisoners. He also killed all the male animals born first to their mothers among the livestock. Pharaoh and all his officials got up during the night. So did all the Egyptians. There was loud crying in Egypt because someone had died in every home. During the night, Pharaoh sent for Moses and Aaron. He said to them, 'Get out of here! You and the Israelites, leave my people! Go. Worship the Lord, just as you have asked.” (Exodus 12:29-31, NIRV)

Merely two chapters later, however, Pharaoh decided that he made a mistake. When word came to him that the Israelite's have escaped, he became outraged.

'The king of Egypt was told that the people had escaped. Then Pharaoh and his officials changed their minds about them. They said, 'What have we done? We've let the people of Israel go! We've lost our slaves and all the work they used to do for us!.” (Exodus 14:5 NIRV)

With his army and mighty chariots, Pharaoh begins racing after a people who belong to the God in charge of the plagues he's barely survived. As a victim of spiritual amnesia, he arrived at Pi Hahiroth to get back the people he begrudgingly released.

While the story continues to tell of God's miraculous favor upon His people and the destruction of Pharaoh and his people in the sea, one small principle stands out: We're all Pharoah at times.

The Stubborn Streak That Keeps Us Captive

As much as I love the story in Exodus for God's redemptive power to deliver us from what we're going through, I felt that God was speaking to me a new revelation. We can read this simple story and comprehend that God hardened Pharaoh's heart to display His majestic power and saving grace. All of us need to understand that truth in the past, present, and future.

However, I also think it's crucial to not separate ourselves from the Israelites or Pharaoh in this story. While God's people quickly begged to go back to slavery because they endured hardships on their way to freedom (Exodus 14), Pharaoh displayed a stubborn streak we might call independence.

Stuck in a rut of disobedience to the King of Kings, Pharaoh was too headstrong to give up something he was clinging to for fear that nothing better existed. After making the Israelites slaves for years, it's no wonder he feared what would happen after he let them go! Then, after he finally gave up control, he yanked it back to manipulate the situation.

Friends, don't we do the same thing?

We know scrolling through posts on social media destroys our self-image, yet we can't stop getting on our phones at night.

Our hearts tell us we've placed a significant other, or hobby, or service to the Lord above a personal and intimate relationship with Him, but we fear what will happen if we realign the balance.

The minds God has given us to think with become distorted with the enemies' lies because we've believed them for far too long to have the strength to fight them off.

The inflexibility of independence is an obsessive compulsion for control that will master us unless we lay it down daily at the bloody, paid-in-full cross bearing the weight of our shame.

Listen to the Nudge to Let Go

If only Pharaoh had let the people go, he could have saved himself and his people from much hardship and heartbreak. If only Pharaoh would have realized that when God calls us to let something, someone, or anyone go, it's not to take from our lives but to add to them.

We're all Pharaoh at times, too stubborn to give something up we're clinging to for fear that nothing better exists. But if God is asking, prodding, nudging you to lay it down, I pray you have the courage to look at those things and say 'go,' trusting He's got something better in store. With or without 10 plagues, “deliver us, O God,” is a prayer calling us to trust His promises more and more. 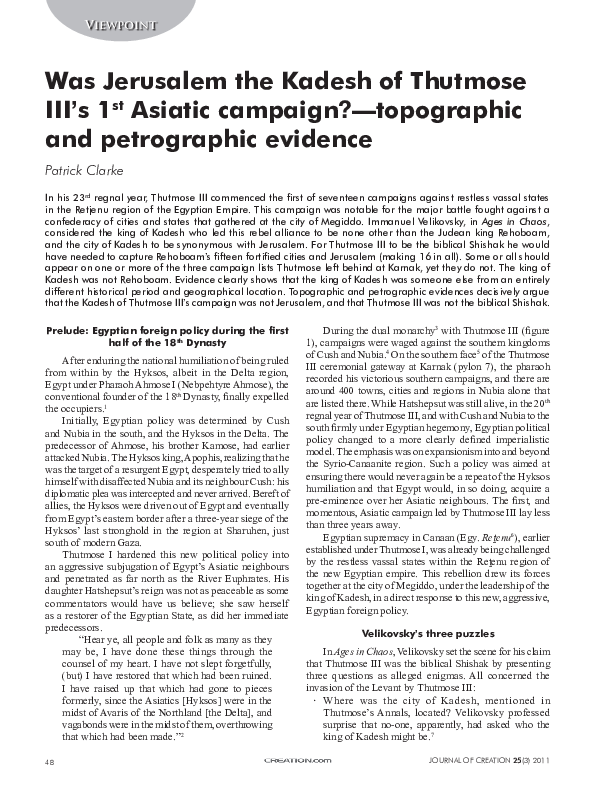 Pray with me. Yes, Lord, I will cry out to you because I long for your understanding according to what your word says is true. We cry out to you, knowing you hear us and deliver us according to your promise. As we wait for you to deliver us, even amid our messes, may our lips praise you, O Lord.

Amber Ginter is an aspiring 25-year-old writer that currently works as an English teacher in Chillicothe, Ohio, and has a passionate desire to impact the world for Jesus through her love for writing, aesthetics, health/fitness, and ministry. Hoping to become a full-time freelancer, Amber seeks to proclaim her love for Christ and the Gospel through her writing, aesthetic ministry team (Aisthitikós Joy Ministries), and volunteer roles. She is also the author of The Story I've Never Told, which is currently in the publishing process. Amber has freelanced for Daughter of Delight, Kallos, Anchored Passion, Crosswalk, No Small Life, Darling Magazine, Called Christian Writers, Southern Ohio Today News, The Rebelution, Ohio Christian University, and The Circleville Herald. Visit her website at amberginter.com.

Want more interaction with the women of iBelieve? Join our fans, writers, and editors at the iBelieve Facebook group, Together in Faith, for more videos, stories, testimonies, prayers and more. Visit here to join the community!

Per the Army Publishing Directorate (APD): 'As discussed in ALARACT 179/2014 and ALARACT 223/2014, IBM Lotus Forms Viewer and Silanis eSign software are no longer supported Army wide as of 1 October 2014. This software was removed from the Army Gold Master (AGM) images. If you currently have the software loaded, you should uninstall it from your computer as it is no longer licensed Army-wide. Prior to uninstalling the software, you should save the forms to PDF. If you don't have the full Adobe software consider a PDF printer like DoPDF.

At the location where you need to sign, you should see a pink ribbon icon like this..

Make sure you have Adobe Reader installed and set as the default PDF viewer. The Windows 8.1 & 10 built in PDF viewers will not work for digitally signing forms. Sometimes saving the file to your computer and working with that form rather than in the web browser will give you less problems.

Problem 1: There is an issue on 'some' Windows computers with Adobe Reader DC installed when trying to sign forms. The error message people are seeing is 'Error encountered while signing: The Windows Cryptographic Service Provider reported an error: Key does not exist. Error Code: 2148073485'

Solution 1-1: Update your Adobe Reader DC by opening any PDF, click Help, then Check for Updates..

Problem 2: When trying to sign a PDF-F, you receive this message 'The Windows Cryptographic Service Provider reported an error: The keyset is not defined. Error Code: 2148073497'

'The Windows Cryptographic Service Provider reported an error: The security token does not have storage space available for an additional container. Error Code: 2148073507'

you get a message something like this 'The smart card cannot perform the requested operation or the operation requires a different smart card':

How to set Adobe as the default PDF viewer in Windows 10:

2. Scroll down and select 'Choose default Apps by file type.'

3. Scroll down and look for '.pdf' on the left side, click on 'Microsoft Edge' to select, once 'choose an app' popup opens, select 'Adobe Reader,' Close the window

If you want to open / work on an any PDF files you need to have Adobe Reader installed on your Mac and make it your default PDF viewer. By default your Mac uses Viewer to open the PDFs, which will not work. Saving the file to your computer, then opening it is best practice.

Mac OS 10.12.x (Sierra) through 10.15.x (Catalina) and now 11.1 (Big Sur) users need to make some adjustments in Adobe to be able to sign PDFs. This is only when using the native Apple Smart Card Ability and Adobe Reader, please verify these settings on your Mac:

Select the words Adobe Reader (at the top of the screen)

Under Categories, scroll down to Signatures

If you don't see these options, it could be you have an older version of Adobe Reader. Go to: https://get.adobe.com/reader and update your Adobe Reader

Legacy support for Lotus Forms and eSign is now provided only by the ECMS help desk at: [email protected] or 703-379-4805

CONGRATULATIONS, YOU HAVE NOW SUCCESSFULLY INSTALLED ALL NEEDED PROGRAMS ON YOUR COMPUTER.