Once upon a time, way back before 1961, there actually were two sets of atomic masses (though everybody called them atomic weights then). One scale was used by physicists; the other by chemists. Both were based on weights compared to Oxygen, rather than Hydrogen. Oxygen was used because it combines with a lot of things to form oxides. This made it a better choice as a standard because of the ease of chemical analysis. Oxygen was set to have an atomic mass of 16, which was just about 16 times as heavy as Hydrogen being 1. Unfortunately, Chemists picked naturally occurring Oxygen, which is a mixture of isotopes of Oxygen-16, Oxygen-17, and Oxygen-18. After all when you made an oxide of an element you would do so in naturally occurring oxygen. Physicists picked the pure isotope Oxygen-16, because they tended to make their measurements on the basis of mass spectrometry.

Though the ratio of any two atom’s masses was the same on either scale, it was horribly confusing, so in 1961, a compromise was reached. Instead of using either Hydrogen, or Oxygen as the standard, the isotope of Carbon with 6 protons and 6 neutrons in its nucleus (Carbon-12) was given a mass of exactly 12. It was a good choice, since it was in between the two previously used standards, and meant that nothing had to change too much. Plus, Carbon-12’s atomic mass could be measured particularly accurately compared to the other elements on the periodic table. 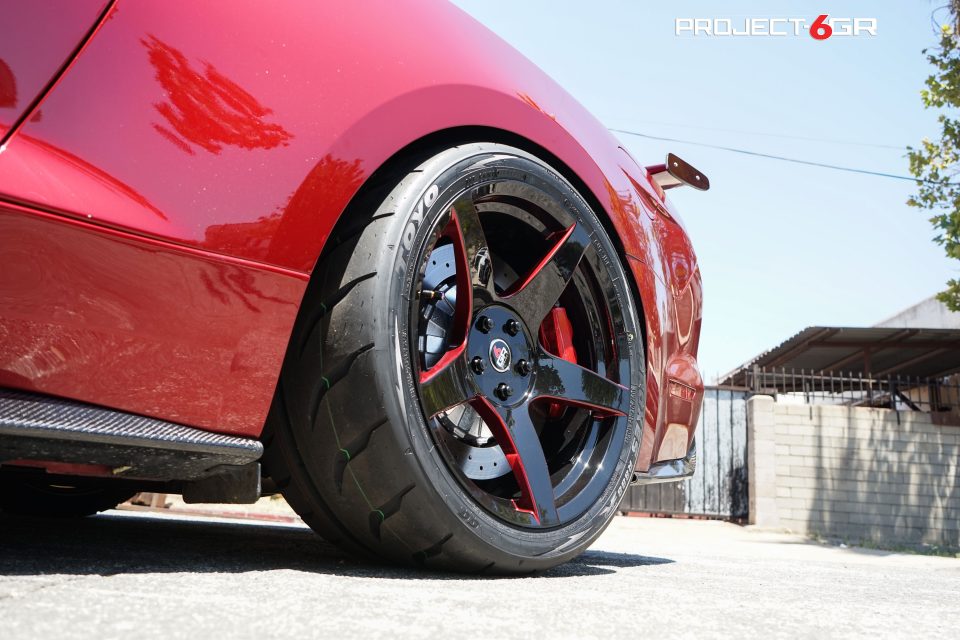 Why do we use carbon 12 as the basis for the relative atomic mass of elements in the periodic table? Here is a fun, light-hearted take on the story.Sourcesht. Atomic Mass of Carbon Atomic mass of Carbon is 12.0107 u.

So the Atomic Mass of Carbon-12 is defined to be 12 exactly and all other atomic, molecular and formula masses are referred to this standard. 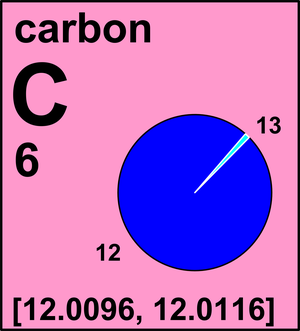 Carbon-12 (12C) is the more abundant of the two stableisotopes of carbon (carbon-13 being the other), amounting to 98.93% of the elementcarbon;[1] its abundance is due to the triple-alpha process by which it is created in stars. Carbon-12 is of particular importance in its use as the standard from which atomic masses of all nuclides are measured, thus, its atomic mass is exactly 12 daltons by definition. Carbon-12 is composed of 6 protons, 6 neutrons, and 6 electrons.

Before 1959, both the IUPAP and IUPAC used oxygen to define the mole; the chemists defining the mole as the number of atoms of oxygen which had mass 16 g, the physicists using a similar definition but with the oxygen-16 isotope only. The two organizations agreed in 1959/60 to define the mole as follows.

The mole is the amount of substance of a system which contains as many elementary entities as there are atoms in 12 gram of carbon 12; its symbol is 'mol'.

In 1961, the isotope carbon-12 was selected to replace oxygen as the standard relative to which the atomic weights of all the other elements are measured.[2]

In 1980, the CIPM clarified the above definition, defining that the carbon-12 atoms are unbound and in their ground state.

The Hoyle state is an excited, spinless, resonant state of carbon-12. It is produced via the triple-alpha process, and was predicted to exist by Fred Hoyle in 1954.[3] The existence of the 7.7 MeV resonance Hoyle state is essential for the nucleosynthesis of carbon in helium-burning red giant stars, and predicts an amount of carbon production in a stellar environment which matches observations. The existence of the Hoyle state has been confirmed experimentally, but its precise properties are still being investigated.[4]

The Hoyle state is populated when a helium-4 nucleus fuses with a beryllium-8 nucleus in a high-temperature (108K) environment with densely concentrated (105 g/cm3) helium. This process must occur within 10−16 seconds as a consequence of the short half-life of 8Be. The Hoyle state also is a short-lived resonance with a half-life of 2.4×10−16 seconds; it primarily decays back into its three constituent alpha particles, though 0.0413(11)% of decays occur by internal conversion into the ground state of 12C.[5]

In 2011, an ab initio calculation of the low-lying states of carbon-12 found (in addition to the ground and excited spin-2 state) a resonance with all of the properties of the Hoyle state.[6][7][8]

The isotopes of carbon can be separated in the form of carbon dioxide gas by cascaded chemical exchange reactions with amine carbamate.[9]