Mass of the Fermenting Dregs. While it’s not really up my alley so much, how can anyone honestly resist a cute girl shredding power-chords on bass and belting it out in that kawaii voice? Here’s a video of “Kono Supiido no saki e”, off of their second album (released Jan. 09) World is Yours. Stream Mass Of Fermenting Dregs - ワールドイズユアーズ (World Is Yours) by kingofdonuts from desktop or your mobile device.

Although I never thought I’d say this, school food punishment is a pleasure. That’s not the kinky statement you think it is! Seriously, this not-so-new band, founded in ’04 by vocalist and guitar Uchimura Yumi (who also writes all of the lyrics), blends poppish melodies with the bold, trashy heaviness of honest-to-god rock and jazzy, electronicky elements that uplift the entire listening experience. This is not the grunge metal you first think of when you hear the name, and it’s not the pransey chicka-mecca you think it might be when you see the vocalist. Okay, I’m sexist– female vocalists either have to have me swooning in five seconds or I’m not inspired to pursue.

Along the genre lines of Flumpool and Remioromen, but heavier, the instrumental composition is terrific. Bold, brash, noisy, and yet polished, precise, and funky. Good, strong bass-lines, thick drums, and weird influences all across the musical board. Although Uchimura’s vocals have the potential to be pretty and poppy, she manages to bridge genres skillfully and is neither too gloomy nor too kawaii. Balance is a tricky subject with female vocalists, I think, but Uchimura is brilliant.

The production work on this group is also interesting and new feeling. They use keyboards not necessarily just to set an atmosphere or effects, but, as they stated in an interview, “more like a lead-guitar or vocals”. All of their songs have an even production quality, and their music leans a lot on bassist Yamazaki, which is cool and refreshing, bringing forward a real underground feel.

…stretching to moodier snacks like Futuristic Imagination, and ballads like Set Low, Fine. For any electronica or atmospheric music lovers, you’ll find Egoist, which has sort of a the-Imogen-Heap-of-Jrock feel, to be a keeper.

And pure-pop that is charming and unique, despite having that generic electric-poppiness of so much Jpop princesses, in the form of Sea~ Through Communication. (Man… the main effects in this sound extremely familiar, but I can’t remember which song they remind me of).

Their best songs are the grungy heavy ones, in my personal opinion. The Jpop scene doesn’t really need any more cuties, and what school food has going strong in their grumpy rock stuff is exactly what the Jrock scene is starving for right now. Check out some awesome pieces like You May Crawl.

The four-member lineup includes: Uchimura Yumi (guitar, vocals, lyrics), Hidai Osamu (drums), Hasuo Masayuki (key), and Yamazaki Hideaki (bass, chorus). The members are all in their thirties, and bring a maturity and sensibility to their music that seems like a winning trait.

So now for each and every slide, I have to go in, uncheck constrain, move the picture so I can see the handles, use my eye to judge what it ought to be, unstretch it, and move it back where it belongs.How do I instruct Keynote to leave these pictures alone, the same way it leaves any picture that isn't all the way to the edges alone?Failing that, how can I change the images in bulk?Thanks! : keynote 9. I appreciate your patience.Imagine a photo that shows 10 people side by side (Albert Einstein is in the middle). Thanks, Tulse, but that doesn't work when you want to change the aspect ratio of the presentation.That requires more of the photo to show horizontally, but not vertically (or else it requires black boxes, which it will do automatically.So I want to be able to adjust certain images by scaling and then moving around, so they fill the entire wide screen, which is the entire point of changing it.What I'm asking is if there is a way to prevent Keynote for actively damaging the full screen shots by forcing them to stretch in a weird way.

Although they started up in ’04, so far no mega album has hit shelves. They have released 4 singles, 3 EPs, and one indie single. Their fifth single, double A-side future nova/ after laughter will be released March 10th, and April 14th will witness amp-reflection, their first full-length album. In May they will go on a nationwide tour to promote the release of amp-reflection.

Mass Of Fermenting Dregs World Is Yours Album 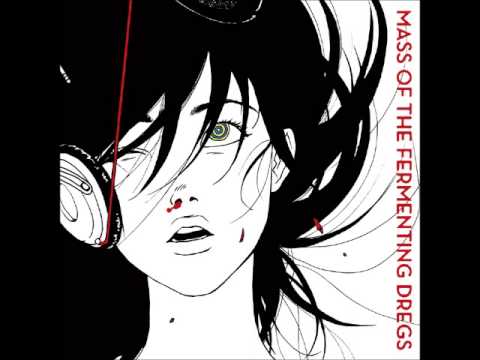 I highly recommend this group, and they should definitely be added to your up-and-coming lists. Although it may have taken a while for them to gain some recognition, now is the moment, so hook up your headphones and check this unique rock group out.

Mass Of Fermenting Dregs World Is Yours Album Cover