Jump to navigationJump to search

Aug 08, 2005 Metti Oli (Sun TV, weekdays, 19.30) The story is about five sisters who grow up under their father's care and affection after their mother's death.

Metti Oli (The vibrance of metti, an ornament worn by married women) is a Tamilsoap opera that aired Monday through Friday on Sun TV for 811 episodes. The Metti Oli team has been awarded several awards, including the Kalaimamani from the Tamilnadu State Government. The show is retelecast in (SGold) Moon TV from September 2018.Indhira is a serial which is belong to Cine times.

The show starred Delhi Kumar, Kaveri, Gayathri, Vanaja, Uma, Rekha Vardharaja,Chetan, Neelima Rani and Thirumurugan among others. It was produced by Cine Times EntertainmentS. Siddique, writer and director by Thirumurugan.

It was shot in several locations such as Alagankulam Village, Chennai, Tamil Nadu, Singapore[1] and Malaysia and New York City. It was also aired in Sri LankaTamil Channel on Shakthi TV. It was also is being re-aired on Same Channel and aired Monday through Friday at 11:00AM IST .After the success of the serial director Thirumurugan went on to do blockbuster movie named emtaan magan in 2006 and then he return to direct new serial named nathaswaram in 2009.

The story revolves around the lives and pains of his five daughters and eventually his. He is very patient and does not get easily provoked. A land broker by profession, he is greatly respected by all. His wife died when his children were young so he brought them up to be very disciplined girls. At the end of the serial, Chidambaram died in an accident when he carelessly crosses the road in a depressed state of mind.

She is married to her uncle, Bose: A woman who is full of love for her younger sisters but doesn't know how to show it. She is always in an argumentative mood and doesn't hesitate to make rude comments. She is blessed with an understanding uncle-cum-husband and who tolerates her and they have a daughter.

She is married to Manikam. The couple has a son, Natarajan. Saroja resembles her father in always having patience. She is an easy target for victimization and bears domestic violence after her wedding to Manikkam. Saroja symbolizes the majority of middle-class woman in Indian society. Chidambaram's main worry in this world is Saro and her life. She has a cruel mother-in-law, a violent husband, who uses violence to end any argument that he loses, and a jealous sister-in-law, Nirmala, who cannot bear to see Saro happy. Saro's brother-in-law, Selvam, is the only one who understands her.

She is married to Ravi: They have twin girls. Leela is a brave and smart woman. Even though her husband (who hid his first marriage and married with her; his first wife Gayathri Priya died because of his doubting character) suspects her constantly, she tolerates it. Her life is Chidambaram's second worry. She loved Selvam but did not marry him because of Selvam's mother Rajam, who tortured Saro. Her parents-in-law were a great support to her.

who is married to Gopi: She had registered marriage with a photographer, but he cheated her after their nuptial so she started disliking guys. She used to work as a nurse in a clinic. Viji gets married to Gopi, an ideal man. He is very loving, but whenever he tries to come close to her, she avoids him because she is reminded of her boyfriend. But when he realises the truth and still consoles her she changes her attitude towards him and they have a son. Viji's mood always changes and Gopi hates that attitude.

She is very smart girl. She is the only one who is highly educated in their family. She becomes a professor in Singapore towards the end of the serial. The show ends with Bhavani's wedding

He used to own a soda company but went bankrupt. He is a very hardworking man. Whatever business he tries to start, there is a huge loss. At the end, Bose succeeds after many problems when he takes up his father-in-law's land broker profession.

He is neither well-educated nor exposed to a civilized family environment. He sees his wife Saro as an outsider-insider and expects her to reflect his temper and mood all the time. Manikam is involved in the vegetable business. He had a relationship with a businessman's wife, Sarala, which continued for a while even after the wedding with Saro. Manikkam respects his father-in-law but is strongly bent by his love for his mother.

The couple has twin girls. He is not happy with the babies because they are girls. He suspects his wife even though she is very loyal to him. Ravi was married to Sumathy before he married Leela. He does not seem to think of Sumathy any more, but he is unnecessarily doubting that Leela always thinks of her ex-lover Selvam. Ravi's parents support Leela. Ravi sells electrical appliances.

He is the ideal husband. He was supposed to marry Nirmala but mistakenly thought Viji was his bride and started loving her. He is very devoted to Viji; she avoids him at times. Gopi works in a sewing company. He helps Bose to get start a business of garments factory like him after training him in his own company. Bose's company catches fire due to crackers burst outside. Gopi's father is very supportive. Gopi's siblings expect everything from him.

A young widow burdened with the task of rearing three children, she faced the world with resoluteness and a determination to succeed. But this causes her to be too possessive over Manikkam and fears he would abandon her after marriage and tortures Saro.

A very sweet and understanding person. He loved Leela but did not get married with her because of his mother's character. He married Arundhati, but she left him and ran away with her boyfriend. At the end he agrees to marry Shakthi a far off relative and a staff in his lorry company who is madly in love with him for six years in spite of knowing his past love and marriage.

She is the only daughter of Rajam. She is educated. She is married to Santosh and they have a daughter. She was in love with Ramesh and was snubbed by him, with the public humiliation that came with it. Nirmala was supposed to get married with Gopi, but he loved Viji. Santosh cheats on her and she changes her attitude towards supportive Saro and later decides to live independently and becomes a caretaker and therapist at a rehabilitation centre.

He is an educated guy. He keeps venturing into failing business ventures and uses his brothers-in-law as his financiers. He left his pregnant wife and went away.

Nirmala loved Ramesh, but he did not reciprocate. Ramesh loves Bhavani until he flies to Singapore to meet her. Bhavani is not interested, and he becomes a drug-addict. At the end, Nirmala will help to bring back the old Ramesh and hence he decides to marry Nirmala who agrees after some initial hesitation.

Find public ip of website. The series has been remade into in Kannada language as Mangalya on Udaya, Malayalam language as Minnukettu on Surya, Hindi language as Shubh Vivah on Sony tv and Telugu language as Akshantalu on Gemini TV. but the story lines change in all four language into different stories and all had a different climax. 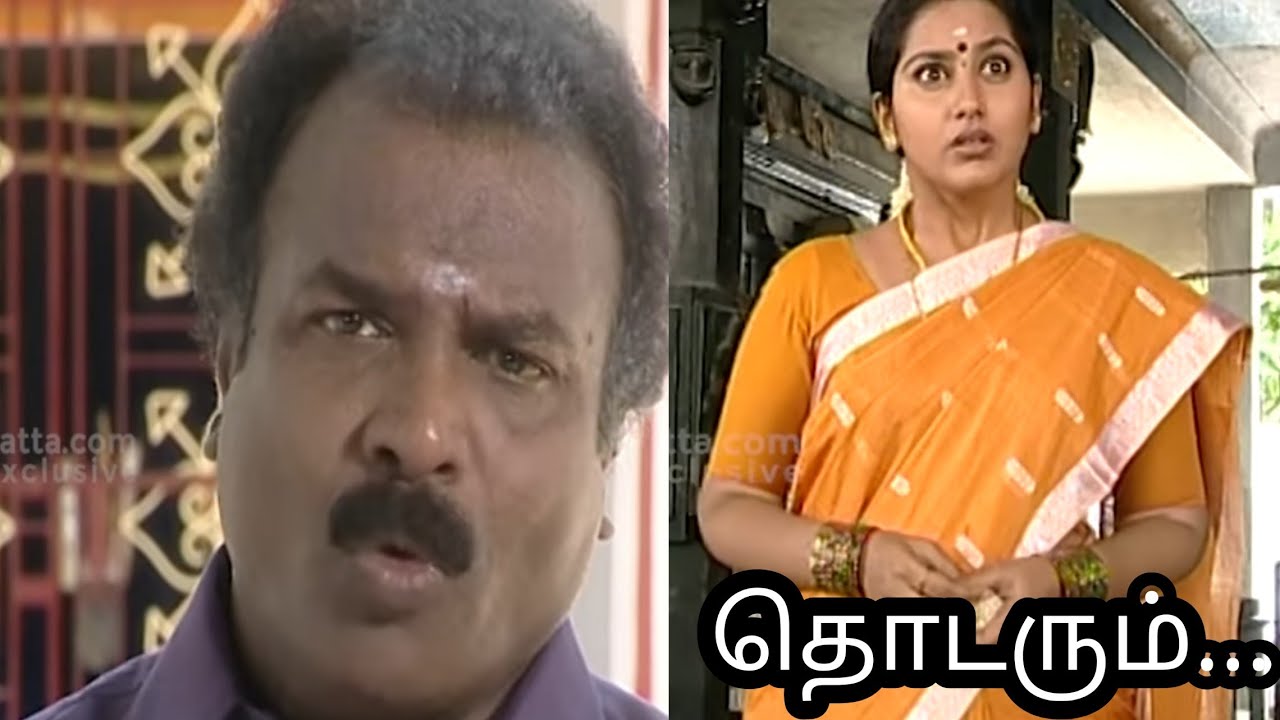