Online Audio Program Listing Other Sites on the Web

He has composed, conducted, published, played, innovated, and originated. He's won a Pulitzer Prize and is now writing his autobiography. Gunther Schuller, born in 1925, will be 75 this year. He's credited with the Ragtime revival in the 1970s, with his New England Conservatory Ragtime Ensemble, and the coining of the term 'Third Stream' in the '50s. Schuller played French horn in the Metropolitan Opera Orchestra at the same time as he was playing and working with the greatest jazz lights of the era: Miles Davis, Charlie Parker, Charles Mingus. He feels that jazz and classical music are equal, and as such, decided to combine the physical and figurative elements of both genres into what he called the Third Stream. In 1994, he won the Pulitzer Prize for his orchestral piece Of Reminiscence and Reflections.

Listen in: Hear Gunther Schuller discuss his work, along with a sampling of his music (RealAudio 3.0; how to listen) 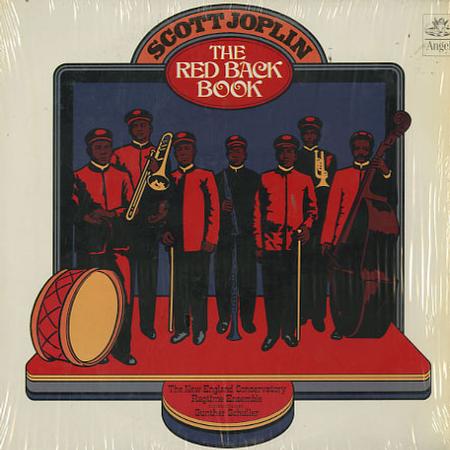 MINGUS: Revelations (first movement)
from The Birth of the Third Stream - The Brass Ensemble of the Jazz and Classical Society/ Gunther Schuller COLUMBIA 485 103

Other Sites on the Web
Gunther Schuller biography