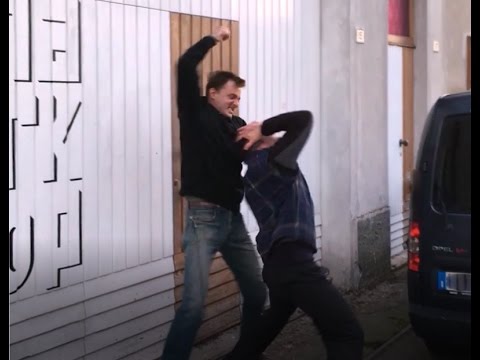 Would you like a free one on one Phone consultation With One Of The Owners, (Instructor Kevin or Renee) and a tour of our facilities?

It takes less than a minute. So what are you waiting for?

A man named Uyuh Suwanda, created the style of Pencak Silat Mande Muda in 1951. Uyuh Suwanda was from Bandung, Indonesia. Originally, the Suwanda family was able to combine multiple styles of Indonesian Silat into their unique family system. In fact, some say they incorporated up to 23 different Pencak Silat styles to create this system.

Uyuh's son, Herman Suwanda brought this style of Silat to America . Within this style his rank was Guru Besar.

'Jurus', also known as “root”, are the first part of silat to learn. Jurus are forms or memorized patterns. These patterns are sequences of self-defense techniques that when executed together create a logical flow. Similarly, in the style of Karate, these flows would be called “Kata”. Jurus contain all of your fundamental techniques. Practicing Jurus will develop your coordination and proper body mechanics.

Second, there is something know as Buah, also known as “fruit”. Buah are partner drills. Most people would think of these as self-defense combos. Buah is how you learn to apply the technique in a real-life situation.

Thirdly, Silat contains 'Kembangan', also known as “flower'. Kembangan is a moving meditation done in a relaxed manner. The benefits of Kembangan are improving a person's balance, fluidity and rhythm. By practicing Kembangan you gain increased focus, concentration, and levels of awareness.

The sweeps shown here come from the Harimau Style of Silat.

There are 3 levels of each throw because Silat is not afraid to go to the ground.

Place the right foot to the inside of the lead foot of the attacker and drag the attacker's foot back or to the defender's left side. Next, you face in the opposite direction of your opponent. The attacker will do the splits if performed correctly.

Place left foot to the outside of the lead foot of the attacker and move attackers body across yours so you move him from your right to your left. This should cause the attacker to be offset and move their right foot behind their left to maintain their balance so his legs are crossed; right in front of left.

Place left foot inside attacker's right foot. You should be hip to hip and both of you should be facing forward. Sweep your left foot back.

This sweep is similar to the Judo throw O-soto-gari. You will be throwing your opponent backwards by facing in the opposite direction of you opponent. Slide your leg backward and THROUGH your opponents leg to off balance them. Simultaneously push on their shoulder both forward and downward.

We've nicknamed this throw as 'the cement mixer'. The head throw can be done with hand, pushing hip to get to throw or by using either leg.

This throw is done using and s configuration of your legs. Indesign ios. It is very similar to tani otoshi in Judo. You first have to stun your opponent. Next is to tackle them to the ground while using your legs to create an obstacle for them to trip over.

The last takedown is a simple pulling down of your opponent, by pulling them backward. You quickly pull on both shoulders from behind. The goal is to shift your opponents weight over and past their heels to make them fall.

In conclusion, Pencak Silat sweeps can be very effective for self-defense. When your opponent hits the ground, their fall can cause additional injuries. In addition, taking down your opponent will allow you to make sure there are no other imminent threats. For instance, an accomplice of the attacker coming at you with a baseball bat.

Silat was designed to only include techniques and strategies proven to work on the battlefield.

Would you like a free one on one Phone consultation With One Of The Owners, (Instructor Kevin or Renee) and a tour of our facilities?

It takes less than a minute. So what are you waiting for?