The Red Star is a comic book series by American artist Christian Gossett. First published by Image Comics, The Red Star's first issue was number four in the nation in re-orders upon its debut in June of 2000. Jim Valentino, editor in chief of Image Central at that time, awarded the first issue the cover of Diamond Previews for its bold and innovative artwork. The Red Star is set in a sci-fi/fantasy world described by Gossett as 'Mythic [Soviet] Russia'. The 'Lands of The Red Star' were inspired by both Russian folklore and military history. The series is thus heavily reminiscent of a post-World War II Soviet Russia mixing technology and sorcery. In a blend known within the lore as 'Military Industrial Sorcery'.

The 'United Republics of the Red Star', often simply called the 'State' in the comic, are shown to be coterminous with the historical Soviet Union in a map at the beginning of the first issue. The main enemy of the first novels, Al'Istaan, is a stand-in for historical Afghanistan and occupies a similar area of the map.

From Ninjas to Jedi to Mythic Soviets: The Development Cycle[edit]

Tales of the Ninja Warriors[edit]

Christian Gossett began his career in 1988 on Tales of the Ninja Warriors for CFW publishing. CFW, a Martial Arts supply distributor, received a pitch from Bradley 'Peter' Parker, a comics artist and writer. The pitch was to publish a black and white comics anthology, in which their martial arts catalogue could be advertised. The late 80's black and white boom being in full swing, CFW greenlit the anthology, and Tales of the Ninja Warriors joined the mania.

Only nineteen years old when he was hired, and with no previous professional comics experience, Gossett was tasked with creating, writing, drawing, inking and lettering his pages every month. From there, thanks to the recommendation of his friend Frank Gomez, Gossett was hired by Dark Horse Comics to pencil the first two issues of Star Wars: Tales of the Jedi. A life long Star Wars fan like most of his generation, Gossett threw himself into the role.

Star Wars: Tales of the Jedi[edit]

The Star Wars license was, at that time, held by Mike Richardson's Dark Horse Comics. Dark Horse was pivotal in the comics revival of the 80's, bringing a defiant rebel energy to the industry long dominated by the (then) aging titans Marvel and DC. Dark Horse had success with their first offering, Dark Empire, illustrated by the great Cam Kennedy, and wanted to expand their Star Wars line. Their first effort was Star Wars: Tales of the Jedi, designed as an anthology of different characters and artists. Gossett was awarded the two part story featured in the premiere issue and issue #2. The comics boom of the 80's was blossoming into a 1990's that would change the industry forever. 'It was a different time in the industry' Gossett recalls. 'My royalty check from Tales of the Jedi #1 was enough that I bought a brand new Ford pickup truck.' Gossett's editors, Barbara Kesel, Dan Thorsland and Bob Cooper, were mentors to Gossett through the entire run.

Gossett's innovative designs and romantic imagery would keep him in the Old Republic for several more Star Wars series. 'In the midst of all of this fun, I had learned so much about storytelling, I couldn't help but ask myself what kind of story I would tell. I was living in Berkeley at the time, and one night in my studio apartment, I thought long and hard about a project of my own. What came from it was The Red Star.'

The first four issues of The Red Star tell the story of the war of the state and the Red Fleet / Army against Al'Istaan, told in a retrospective by Maya Antares, who remembers her husband's death in that war. Having penetrated deeply into Al'Nistaani, the fleet of Red Star skyfurnaces, gigantic flying warships up to three kilometres long, seem to destroy their enemies when the volcanic fury of their engines is directed on the massed enemies below.

However, the ancient protector of the Nistaani, Kar Dathra the Immortal, appears, and powered by the mystical energies of his thousands of dying followers – manages to destroy almost the whole of the Red Fleet. Canon m50 battery.

The further three of the first four issues deal mainly with the panicked attempt of Maya to reach her husband, fighting a grim and hopeless infantry battle on the ground where suddenly, the might of the Red Fleet crashes down and burns, turning certain victory into history-changing defeat. The deaths and the spiritual energies released by the dying soldiers waken other mystical beings, whose goals and allegiances are still not fully known in the first issues. Their apparent warring over the dead souls, especially that of Marcus Antares, become a major plot of the later issues.

Marcus himself is saved by the appearance of a mysterious ghost known only as the Red Woman. She saves his soul from becoming a captive of the evil sorcerer Troika – servant of the evil Imbohl. Defeating Troika in a duel, the Red Woman spirits Marcus away into the Spiritrealm, informing him that 'It was not our people who were defeated here, but our past-- and the path to our future begins with you.'

Issue 5 tells the story of the Fall of the Red Fleet from the perspective of the Prison Laborers whose grim toil maintains the massive Skyfurnaces.

Subsequent issues chronicle the further adventures of Maya and Marcus, who lives on in the spirit realm, working from within to undo the tyranny of Imbohl's legacy. In issue 9, Maya is contacted by The Red Woman, who explains the source of the world's magical power and what Marcus has been doing since he went missing almost ten years earlier. The issue concludes with the crew of the skyfurnace R.S.S. Konstantinov, led by Maya's brother-in-law Urik Antares, mutinying and fighting their way to a transport gate. 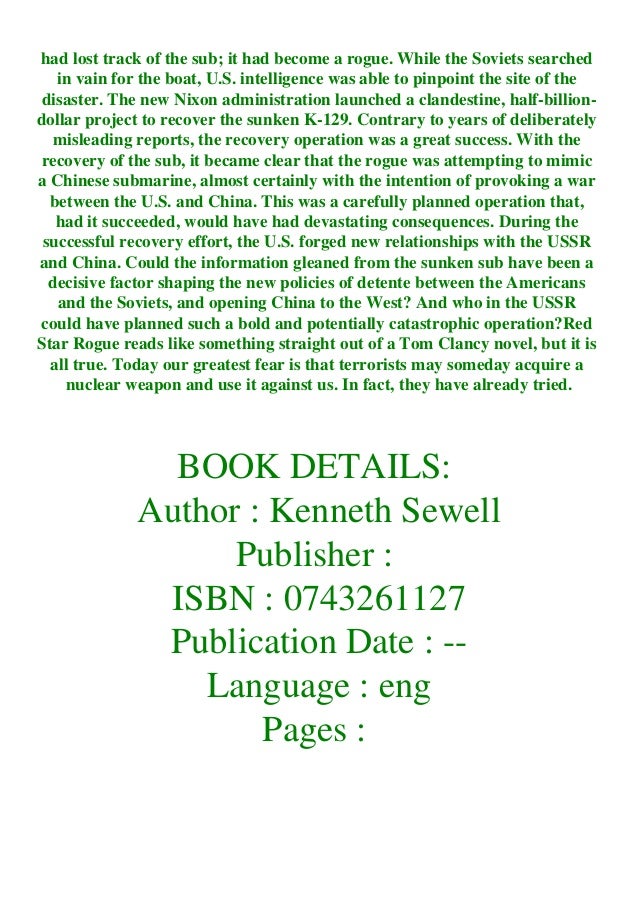 This standalone issue was published by Archangel Studios in November 2002 as their first (and only) annual. This issue takes place between the events of Volume 1, issues 5 and 6. Makita has one hour to reach her father before he dies. Along the way she encounters and defeats a squad of red soldiers and a Hydra class krawl. Her father entrusts her with a letter from Marcus to his wife Maya and charges her to complete his mission of delivering it to the sorceress.

Published by Archangel Studios/CG Entertainment Group, this series picks up exactly where the Image comic leaves off, with the crew of the Konstantinov fighting off the crew of the R.S.S. Taktarov which has followed them through the gate into the 'Storm of Souls'. By the end of issue five, Maya has gained the ability to see the souls within the storm and the Konstantinov begins to follow them to the invasion of Archangel: the Prison of Souls.

Volume 4: The Sword of Lies[edit]

The Red Star: Sword of Lies is the continuation of the comic series that brings readers back to the events as we left them in the previous Red Star Trade Paperback, 'Prison of Souls'. It also takes readers back into the time of the Great Revolution, revealing the downfall of the summoner Imbohl. Once a leader of the Revolution, Imbohl's embrace of evil is the origin of The Red Star saga. This run is currently on issue #3. Issue #3 premiered at Comicon International San Diego 2008

This series is colored by the Weta Workshop Design Team, known previously for their film work on The Lord of the Rings Trilogy, King Kong, and The Chronicles of Narnia.

In March 2009, Team Red Star partnered with iVerse Comics, a digital comic company that produces digital long form comic books for the iPhone, iPod Touch and Google Android, to release an adaptation of The Red Star in digital media. The Red Star #1, #2 and #3 are currently available.[1][2]

The Red Star video game began development at Acclaim Studios Austin in 2002. Work on the originally intended Xbox video game has been more or less completed, but it was never published due to Acclaim's bankruptcy. While the Xbox version never saw a commercial release, the game itself has been found on some peer-to-peer file-sharing networks, and a demo was available on a disc which shipped with the Official Xbox Magazine. The PlayStation 2 game rights were picked up by XS Games with a release originally scheduled for early October 2006. It was eventually released on April 24, 2007. The OFLC of Australia, an agency similar to the ratings board ESRB in the United States did in 2006 classify the game as 'PG' for mild violence.[3]

In 2004, Green Ronin published a supplement for the d20 Modern roleplaying game, covering rules for playing in the setting of the comic books. As well as rules, it contains much background material not found in the main storyline, fleshing out the characters and backstory more. It features internal art mainly taken directly from the comic, along with additional art from James Ryman.[4]

Warner Bros. are developing a film version of The Red Star. Josh Trank, director of Chronicle, was attached to develop the project in 2012.[5][6]

The main characters of Rogue novel are Kyra Marie Beckwith, Tycharian (Tychar) Vladatonsk. The book has been awarded with Booker Prize, Edgar Awards and many others.

One of the Best Works of Cheryl Brooks. published in multiple languages including English, consists of 370 pages and is available in Paperback format for offline reading.

Please note that the characters, names or techniques listed in Rogue is a work of fiction and is meant for entertainment purposes only, except for biography and other cases. we do not intend to hurt the sentiments of any community, individual, sect or religion