Last Minute info. Due to the unpredictable and constantly evolving situation for the Covid-19 pandemic, which has seen increases in the numbers of cases in many countries, as well as the rapidly changing regulations that are being put into effect by different governments around the world, we have decided to cancel the 2020 CNRS Summer School on Semantic Shift. The most neutral way of referring to change is simply to speak of semantic shift which is to talk of change without stating what type it is. To begin with a series of shifts are presented to familiarise students with what is possible in the realm of semantic change. Topaz signature pad software.

The development of languages can lead to a change in meaning of words, and in historical linguistics, this phenomenon is known as semantic change. The meaning of a word can either be slightly altered, or it can evolve greatly. While this can cause confusion and misunderstanding, it is also seen as a positive step forward in the growth and adaptation of languages. In a modern world where businesses thrive on effective communication and creative marketing campaigns, it is important to have not only clarity of message, but also an understanding of how others interpret words.

Semantic change can be influenced by a variety of factors, including culture, other languages, as well as the advancement of science and technology. For the most part, there is some predictability in how words change over time, with them usually expanding in meaning. Some words, however, become pejorative, coming to denote something worse. In the 16th century, for example, referring to someone as a “bully” would have been the equivalent of calling them “darling” or “sweetheart.” This is thought to stem from the word “boel,” a Dutch word meaning lover or brother. However, by the 17th century the meaning of the word deteriorated, shifting drastically from “fine fellow” to “blusterer” until finally stopping at the meaning that is closest to us now: harasser of the weak.

On the contrary, the word “nice,” derived from Latin nescius meaning ignorant, began life in the 14th century as a term for “silly.” From there it embraced many negative qualities, such as wantonness, extravagance, and cowardice. It is not until the Middle Ages that the word took on the attributes of shyness and reserve. The 18th century and its fascination with admirable qualities is what brought on the more positively charged meanings of “nice,” with the values of respectability and virtue taking over. These positive associations remain until today, with the word usually being used as a synonym of “pleasant.”

Some words have even disappeared completely from daily usage, confirming the notion that language is fluid and ever changing. But the irregularity of semantic change is what makes linguistics so fascinating. The definition and meaning behind words have no set rules or guidelines, and are completely at the discretion of society. As anthropologist-linguist Edward Sapir once said, “Language is the most massive and inclusive art we know, a mountainous and anonymous work of unconscious generations.”

This article was published in the 2014 edition of HQ magazine, a publication of CSOFT International. If you’re interested in learning more about CSOFT’s globalization and localization solutions, don’t forget to subscribe to our RSS feed for automatic updates from Simply CSOFT!

The term, conservative, is involved in a semantic shift today in America. The definition is shifting or morphing into someone in America who is attempting to defend or uphold something good and noble. American conservatives are into supporting the country's values..kind of defenders of the faith. To conservatives, liberals are those who are threatening the very foundation of the nation.

Aside from the process of the shifting of either group, what each group defends intrigues me. Name any program that has worked for improvement in our society. Look at any program related to equity for women, elimination of poverty, and assisting minorities or gays/lesbians in getting equality. There are no leaders and hardly any followers in any of these movements that are conservative. Name one. To make matters ethically even worse, nearly all the leaders and followers in opposition to dealing fairly with women, the poor, minorities, and gays/lesbians are conservatives. 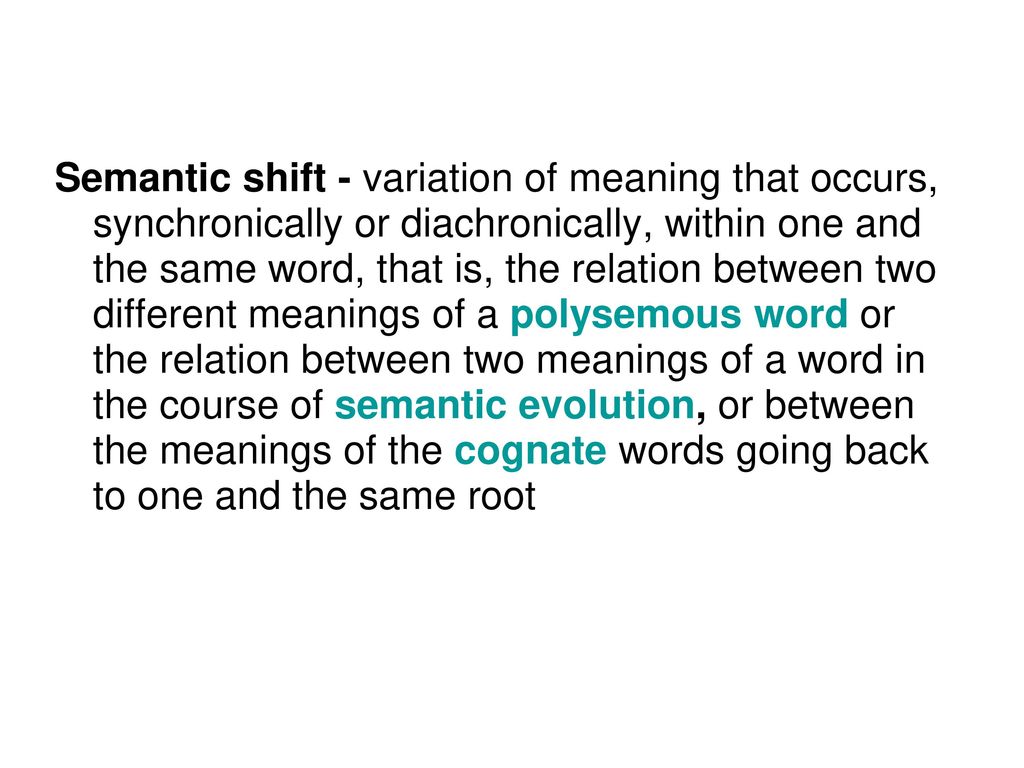 When President Obama finally got America into healthcare reform by the Affordable Care Act in 2010, the conservatives started to diss the act by using the term, Obamacare. Obamacare was a divisive term..a term of derision.

In addition, much of the rest of the world has it also. Liberals are those for it, and conservatives are against it. Conservatives do not care about the 40-50 million people without healthcare insurance in our nation.

Because of that, 45,000 die annually..many of whom died because they could not afford the lifesaving treatment. CNN report and Harvard study show the same thing. If you wish to check the data, go to FactCheck.org. 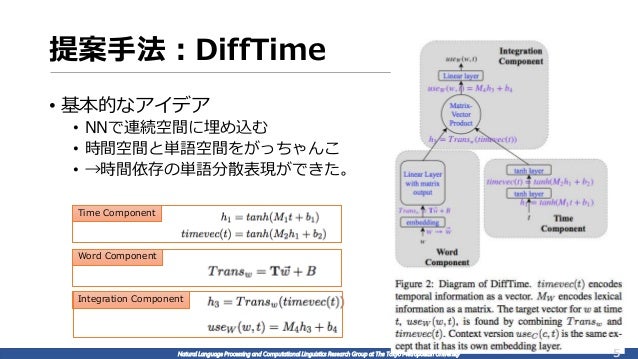 I cannot get that conservatives are proud of their position on healthcare. I do get that some people are absorbed in themselves. Fine. However, that is not something about which to be proud or to defend. The conservatives are merely present-day Ebenezer Scrooges intent on not caring.

My grandmother many decades ago use to say this old saying. 'I love me, I think am grand, when I go to heaven I hold my hand.' Even though I was a youngster, I understood her message. Today, I would only add that a person is not going to wind up in heaven via that indifferent behavior. Aside from eternal damnation, what about the hell that the conservatives live in the present life like some old Scrooges? Being self-absorbed may be conservative, but it is not good for the conservative let alone the poor without insurance.

Additionally, while I am happy that healthcare reform passed Congress, signed by the president, and found constitutional, I would have rather had a single payer. A single payer would have been the federal government. What we have now is a mix of both..for profit insurance companies and the government.

We are so into making a profit that we have companies that are making money by selling healthcare insurance. How can you cover peoples' medical needs and make money for the CEOs and stockholders? Prior to even Congress voting approval on the Affordable Care Act, I Googled the CEO's incomes of the top 3-salaries of health insurance companies. This is what I found:

A CEO's annual income of $21-30,000,000 seems like an intellectual disconnect. A CEO wants to make a profit selling health insurance. The obvious question is what is the reason for that CEO's work? You have two choices that I can see. Either the motivation for the CEOs is for his own personal benefit along with his stockholders, or they are motivated to provide healthcare for millions of Americans at an affordable cost. This would also include things like covering people with preexistent medical issues. If the latter was their motivation, they should have had a different modes operandi than making a profit.

In addition, the World Health Organization (WHO) reported that the US spends more than 15% of our Gross Domestic Product (GDP) on healthcare. Interestingly, that figure is higher than any other UN member nation spends on healthcare.

The Organization for Economic Co-Operation and Development (OECD) reports the costs of healthcare in different nations. For example, France spends 11%, Switzerland spends 10.8%, and Germany spends 10.4% of their Gross National Product (GNP) while America spends more that 15%. We spend half again what the Swiss spend percentagewise.

America is the richest technological country and spends more for healthcare than any nation in the world. However, what are we getting for that expenditure? We are not the healthiest country in the world. One would logically reason that we would get more for our dollars spent. However, that is not true.

We rank 40th in our life expectancy and 34th in infant mortality when compared to the rest of the world even though we spend thousands more per year than all the countries in the entire world. Talk about an intellectual disconnect. We spend more and get less.

In spite of the facts, conservatives diss Obama for providing Americans with healthcare reform. They have for years referred to the Affordable Care Act as Obamacare. Obamacare is supposed to be a socially and politically dirty word.

While the semantic shift has already occurred with the term conservative, Obamacare is also shifting. Many Americans already see the benefit to Obama's healthcare reform even before it takes full effect. The semantic shift has already occurred. Many Americans use the term Obamacare as a word of celebration and appreciation for a president who has addressed the issue of 40-50 million uninsured Americans and the 45,000 who die annually in part due to not seeking treatment because they did not have insurance. Even Obama and the White House are using the term.

Visit the Obamacare page to read more about this topic.

Visit the Stupid is As Stupid Does page to read more about this topic.