There are so many options for organizing and hosting your video content these days that it's tough to keep track of them all. We've all heard of Plex and Kodi, and you may have read our explanations of competitors like Emby and Serviio. But what about newcomer Stremio? What is Stremio? Don't worry about it: we're here to explain.

Like its competitors, Stremio's goal is to be your entertainment hub. It's a media server, which means that it makes local video files available on a wide variety of devices. Fill one folder with movie and TV show files on your computer, and you'll able to watch those same files on your smartphone, tablet, or tablet.

The more important difference is in what Stremio does. Kodi / Plex are created for organizing your media and playing it. Stremio is designed to recommend and notify you about content too, as a central functionality of the product. Finally - the Stremio Add-ons are simply activated by clicking a URL, no installation required. They work without.

And, just like Kodi and other media center apps, Stremio is focused on making that content easy to browse. Stremio is designed to put all of your content in one place.

Like some competitor services, Stremio offers “add-ons.” Add-ons are essentially apps within the app, and they all you to do things like stream YouTube videos without having the leave the confines of the Stremio app.

So, in short, Stremio is both a media center and a media server. It's trying to make your entertainment experience simpler while making all of your content available on all of your devices.

So how does Stremio differ from Kodi and Plex, the current industry leaders in the media center and media server markets? According to Stremio, it's that Stremio is focused on ease of use. Stremio's FAQ section puts it this way: “Stremio will never be as customizable and feature-rich as Kodi and Plex, but it is significantly easier to use.”

The quote above seems be trying to downplay just how direct the competition between Plex and Stremio actually is. Plex itself is already a very simple, user experience-oriented app that is much less customizable than Kodi. And, like Stremio, Plex is designed to be a media server as well as a media center. Plex and Stremio are much more alike than they are different.

Stremio is very new and – for now, at least – free, without the paid tier that Plex and many other “free” competitors offer.

Stremio puts a real focus on content discovery. The idea here isn't to access apps within apps, but rather to choose your content from an interface that includes offerings from multiple apps. In that sense, it's a bit like Apple's new TV app. When you talk about media centers, you're talking about apps that offer no content of their own. User experience and content discovery are all-important, so it's no surprise that those are the areas in which Stremio is trying to differentiate itself. Read our full review of Stremio here.

As its name says Stremio is a streaming platform that is used to stream TV shows for free. Not only TV shows famous Audios, Games and many more features. All this huge collection of content being given free makes people think the question that. Is stremio safe? Well everyone will surely think of this question because free things are very often found fishy traps. We are today going to clear your all issues regarding the statement “Is Stremio safe or not?

Stremio is another app just like KODI or PLEX. It will give you notifications whenever any new movie or a TV show is added. Stremio comes with Google Chromecast support. And it is supported by all the platforms. To be precise here is a list of devices that support Streamio.

Now let’s come to the question of whether Streamio is safe or not. Come let’s have a quick look.

Yes! As far as using the stremio app and if you are watching the content available within the application only then this app is totally safe to use. Stremio does not host any Movie or TV shows and that makes it even safer. But Stremio comes up with various Add-ons some of which are illegal. And you will find a large no. of Stremio add-ons in the directory. With the help of these add-ons, you can stream content from third-party applications too.

The app is a legit app that is available on the official App Store. But while considering add-ons this app is not safe to use.

Is Stremio An Illegal Platform?

NO, As we have already discussed above the stremio application is officially available on the app store. Adobe acrobat pro dc torrent mac. So it can’t be considered illegal. However certain configurations make it unsafe to use but that does not make it illegal. It’s all up to the users of the application to how to use it.

Stremio is totally free to download and use. That is why is loved by users. The add ons are also free to download. All the streaming options are handled by an inbuilt media player and it will fetch you subtitles too.

If you are facing any issue with the Stremio app and looking for alternatives to it then we have prepared a list of sites like stremio. 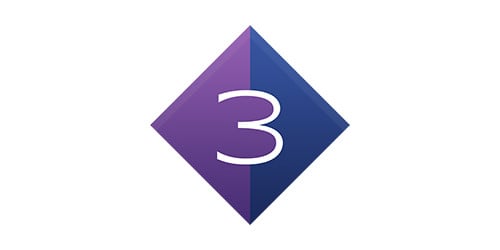 Kodi also is known as XMBC is a free and open-source media player that was developed by a nonprofit tech. an organization is known as the XMBC foundation. KODI is currently available for various operating systems and hardware platforms for use with most televisions and remote controls.

Plex is another useful app that will reduce the gap between your PC and home theater. It has a wide range of video content with features of the online streaming of audio and video. You can organize your library in a versatile way and automatically retrieve metadata from the web

HULU is a U.S based subscription video streaming platform which is considered as best in its segment. This amazing platform consists of more than 28 million subscribers and hundreds of TV shows. Hulu also has a TV streaming feature. Hulu app can be accessed on almost all devices including smart TVs of Samsung Apple, and Fire TVs. Hulu app can also be accessed on Playstation 4, Xbox 360, And Nintendo Switch.

Things That You Need To Take Care While Online Streaming

Online streaming has some bad sides too. Here are some major factors that you need to consider while streaming content online.

It is a kind of prank when someone calls the police with a fake phone call and police get busted down on the victim’s door. So to prevent this kind of prank you need to take care of your personal detail while streaming.

Give only that information which cannot become disastrous for you. Because it can send you jail or cause any kind of penalty by police so try not to give any vital information that can cause problems to you and to your family.

It is one of the most important factors while Streaming because sometimes when you mention that you are under age 13 then the site banned you. They think you are not eligible for streaming so if you want streaming then don’t mention your age. There are many censored objects which should not be seen to the under the age of 13 so that’s why there are some of their rules and one of the rules is you need to be 13+ so that there will not restrictions for you.