The original attitude of the American Indian toward the Eternal, the 'Great Mystery' that surrounds and embraces us, was as simple as it was exalted. To him it was the supreme conception, bringing with it the fullest measure of joy and satisfaction possible in this life.
The worship of the 'Great Mystery' was silent, solitary, free from all self-seeking. It was silent, because all speech is of necessity feeble and imperfect; therefore the souls of my ancestors ascended to God in wordless adoration. It was solitary, because they believed that He is nearer to us in solitude, and there were no priests authorized to come between a man and his Maker. None might exhort or confess or in any way meddle with the religious experience of another. Among us all men were created sons of God and stood erect, as conscious of their divinity. Our faith might not be formulated in creeds, nor forced upon any who were unwilling to receive it; hence there was no preaching, proselyting, nor persecution, neither were there any scoffers or atheists.
There were no temples or shrines among us save those of nature. Being a natural man, the Indian was intensely poetical. He would deem it sacrilege to build a house for Him who may be met face to face in the mysterious, shadowy aisles of the primeval forest, or on the sunlit bosom of virgin prairies, upon dizzy spires and pinnacles of naked rock, and yonder in the jeweled vault of the night sky! He who enrobes Himself in filmy veils of cloud, there on the rim of the visible world where our Great-Grandfather Sun kindles his evening camp-fire, He who rides upon the rigorous wind of the north, or breathes forth His spirit upon aromatic southern airs, whose war-canoe is launched upon majestic rivers and inland seas—He needs no lesser cathedral!
That solitary communion with the Unseen which was the highest expression of our religious life is partly described in the word bambeday, literally 'mysterious feeling,' which has been variously translated 'fasting' and 'dreaming.' It may better be interpreted as 'consciousness of the divine.'
The first bambeday, or religious retreat, marked an epoch in the life of the youth, which may be compared to that of confirmation or conversion in
Christian experience. Having first prepared himself by means of the purifying vapor-bath, and cast off as far as possible all human or fleshly influences, the young man sought out the noblest height, the most commanding summit in all the surrounding region. Knowing that God sets no value upon material things, he took with him no offerings or sacrifices other than symbolic objects, such as paints and tobacco. Wishing to appear before Him in all humility, he wore no clothing save his moccasins and breech-clout. At the solemn hour of sunrise or sunset he took up his position, overlooking the glories of earth and facing the 'Great Mystery,' and there he remained, naked, erect, silent, and motionless, exposed to the elements and forces of His arming, for a night and a day to two days and nights, but rarely longer. Sometimes he would chant a hymn without words, or offer the ceremonial 'filled pipe.' In this holy trance or ecstasy the Indian mystic found his highest happiness and the motive

The Soul Of The Indian Pdf free. download full

Books of the Rose Series by Catharose de Petri. Transfiguration, Catharose de Petri. Lame library v3 99.5 for audacity on macos dmg. True liberation requires the rebirth of the entirely conscious, immortal soul, in connection with the spirit. Only a reborn soul can enter the original divine world of eternal peace. This fundamental rebirth is ac. 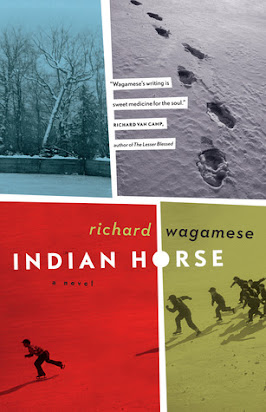 The Soul Of The Indian Pdf Free Download Torrent

The Soul Of The Indian Pdf Free Download Pdf