BODY TYPE:Crossover
Toyota’s Yaris is a complicated nameplate in the world of the automobile. It is one of the most popular cars produced by the Japanese, but at the same time it is a confusing one because it means different things depending on the market it sells in.

In the U.S., Yaris represents a car manufactured by Toyota together with Mazda, and in its sedan guise is in fact a rebadged version of the Mazda2. From 2019, the Yaris also includes a hatchback version there, filling a gap Mazda is not present in.
In Europe, the Yaris (a hatchback) is an entirely different story, and it got even more so after in early 2020 Toyota presented a new version of the model, this time tweaked by Gazoo Racing (GR), just like the Supra.
Later in the spring of 2020, Toyota threw another Yaris-badged vehicle into the mix, the Cross. It too is meant solely for the European market (it will likely not make it stateside), this time targeting the small SUV segment that is growing rapidly there.

We’re proud to introduce the first-ever Yaris Cross, the perfect crossover between compact city hatchback and a high riding SUV. Brimming with jaw dropping design and equipped with clever and functional features, this 5 seat Hybrid compact SUV is the best of both your worlds. Built from the ground up, this is an all new design. By adopting the all-new hybrid system and the TNGA platform (GA-B) for compact cars, the 'Yaris Cross' offers a higher dimension of basic and environmental performance. Also, the vehicle achieves an easy-to-handle body size while providing SUV-like interior comfort and luggage room. The Toyota Yaris Cross comes with a 116hp petrol hybrid engine that emits less than 90g/km of CO2 in front-wheel-drive models. New Toyota Yaris Cross engines and driving The new Toyota Yaris Cross comes with a 1.5-litre petrol engine that’s paired with a compact electric motor. Originally planned for a Geneva Motor Show debut, Toyota just revealed the newest member of its overseas lineup: the Yaris Cross. As its name suggests, it's the crossover version of the Yaris.

Just like the regular Yaris, the Cross is built on the new GA-B vehicle platform. That means it has the same 2,560 mm wheelbase, but that’s where the similarities between the two end.
The Cross is 240 mm longer than its hatchback sibling for a total of 4,180 mm (60 mm added to the front overhang and 180 mm to the rear), is 1,765 mm wide (+20 mm) and 1,560 mm high (+90 mm). The car rides much higher than its sibling, by 30 mm.
Designed to be robust and minimalistic, the appearance of the Cross is inspired by the hatch, of course, but it is not at all the same. The front end looks a lot more tamed compared to its sibling, with the much smaller grille and smoother look of the bumper and hood making it appear more user-friendly.
The side look is pure crossover, with the special wheels surrounded by special cladding (also found at the front and rear). High up above the four doors (the GR has only two) there’s a black roof that contrasts the specially-created paint called Brass Gold.
The part of the Cross that looks more like the smaller Yaris is the rear, where the same sculpted and bulging lines (modified to suit the new dimensions) can be seen.
Despite being built on the same wheelbase as the hatchback, the Cross has a bigger body, and that of course translates into more space for the passengers at the interior. Toyota did not release all the numbers on that yet, but it promises a perfect balance at the rear between passenger space and cargo needs.
The Yaris Cross comes with a power back door and adjustable deck height. The deck can also be split into two, meaning it can be used to benefit either from an underfloor compartment or increased trunk space.
There is no official word on the materials used for interior surfaces at the time of this writing, but we are likely to see the same ones as on the regular Yaris.

As with all of its newer models, Toyota will offer the usual connectivity hardware. No specifics have been provided yet, but there is a large center-mounted infotainment screen on the center of the dashboard, and a digital instrument cluster in front of the steering wheel.
The HVAC controls, located right under the center touchscreen (which will likely be at least Android Auto-compatible), still makes use of knobs, but the cockpit is otherwise digitized.
For the time being, the Yaris Cross has been presented solely as a hybrid crossover. It makes use of the Japanese carmaker’s fourth generation hybrid technology, already in use in different configurations on cars like the Corolla, C-HR, RAV4 and Camry.
Just like the regular Yaris, the Cross makes use of a hybrid 1.5-liter three-cylinder gasoline engine that combined has been rated at 116 hp.
The Cross is offered both as a front-wheel-drive and a all-wheel-drive. Fuel consumption rating for the Cross in the former configuration has been measured at 120 g/km under WLTP, while for the latter the figure is 135g/km.
The GA-B vehicle platform the Yaris Cross is built on has been specifically designed to accommodate subcompact cars with transverse engine and front- or all-wheel drive, so the SUV is the perfect fit for it. It also gives the vehicle the desired rigidity and balance.
The Yaris Cross is packed with the whole range of safety and driver assistance systems Toyota is regularly using, packed in a suite the carmaker calls Safety Sense. It allows to driver to be in the loop with all that’s going on around the car through early warnings, and gives them a helping hand when need be from automatic braking and steering intervention.
The Yaris Cross will not be on the market until the early months of 2021, and it will sell mostly in Europe – it will also be assembled there, in France, alongside the regular Yaris.
Toyota is already a major player on the continent, and has SUVs in most of the available classes. The Yaris Cross allows it to enter the B-segment, and there’s no mistaking the plans the carmaker has for the model: 150,000 of them are planned to be produced each year, accounting for 8 percent of the market.
news

The new Toyota Yaris Cross will be the brand’s smallest and most affordable SUV. Here’s everything you need to know about it.. 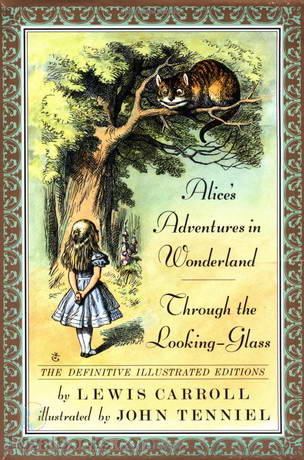 It's funny how fashions change. In 2012, Toyota discontinued its last small SUV, the Urban Cruiser, after three years of sluggish sales (although the fact its name made it sound like the kind of person who engages in dubious night-time activities probably didn't help its popularity). However, fast forward to today and cars of this sort are in huge demand, which is why the Japanese brand is preparing to launch a successor: the Toyota Yaris Cross.

As its name suggests, it's closely related to the fourth-generation Yaris hatchback, which went on sale this autumn. But just as you wouldn’t mistake the rival Nissan Juke for a Micra, despite the two models having plenty in common mechanically, the Yaris Cross gets its own distinct look.

Other small SUVs that it will have to beat include the Peugeot 2008, Renault Captur and Volkswagen T-Cross, plus our 2020 Car of the Year, the Ford Puma.

Toyota has become synonymous with hybrid power in recent years, and the Yaris Cross continues its march in that direction, with the only engine option a 1.5-litre petrol that works in conjunction with an electric motor to produce a combined 114bhp.

It’s the same setup that you get in the latest Yaris hatchback. And the good news is it impresses in that car, switching between petrol and electric power almost imperceptibly. Refinement is further enhanced by a new CVT automatic gearbox, which is much less inclined to send the engine revs soaring than other CVTs.

Despite their rugged looks, most small SUVs aren’t actually available with four-wheel drive, but the Yaris Cross is an exception, with that version still emitting less than 135g/km of CO2 in official WLTP tests. Front-wheel-drive versions, meanwhile, emit less than 120g/km.

As with the exterior, the Yaris Cross gets its own interior design, although this isn't quite so distinct; the centre console is deeper than the Yaris hatchback's and it features more gloss black plastic, but details like the air vents and the metallic strip running across the upper dashboard are carried over.

The touchscreen infotainment system also appears to be the same, which would mean sluggish responses and dated graphics, although you do get handy shortcut buttons, and you can bypass Toyota's own software thanks to the presence of Apple CarPlay and Android Auto smartphone mirroring.

We're yet to sit in the Yaris Cross, so can't comment on passenger space. However, the boot features useful touches such as a height-adjustable floor and straps for holding smaller items of luggage in place. You can also have a powered tailgate that opens automatically when you aim a kick beneath the rear bumper – useful when you've got your hands full of shopping.

The Yaris Cross sits beneath the C-HR in Toyota's SUV range, and with that model costing from £26,250, a starting price in the low 20s seems likely. This would also keep the Yaris Cross competitive with the award-winning Puma, which costs from £22,0305

The Yaris Cross is one of 14 cars in contention for the 2021 What Car? Reader Award, which will go to the upcoming model that people are most excited about. You can cast your vote here. 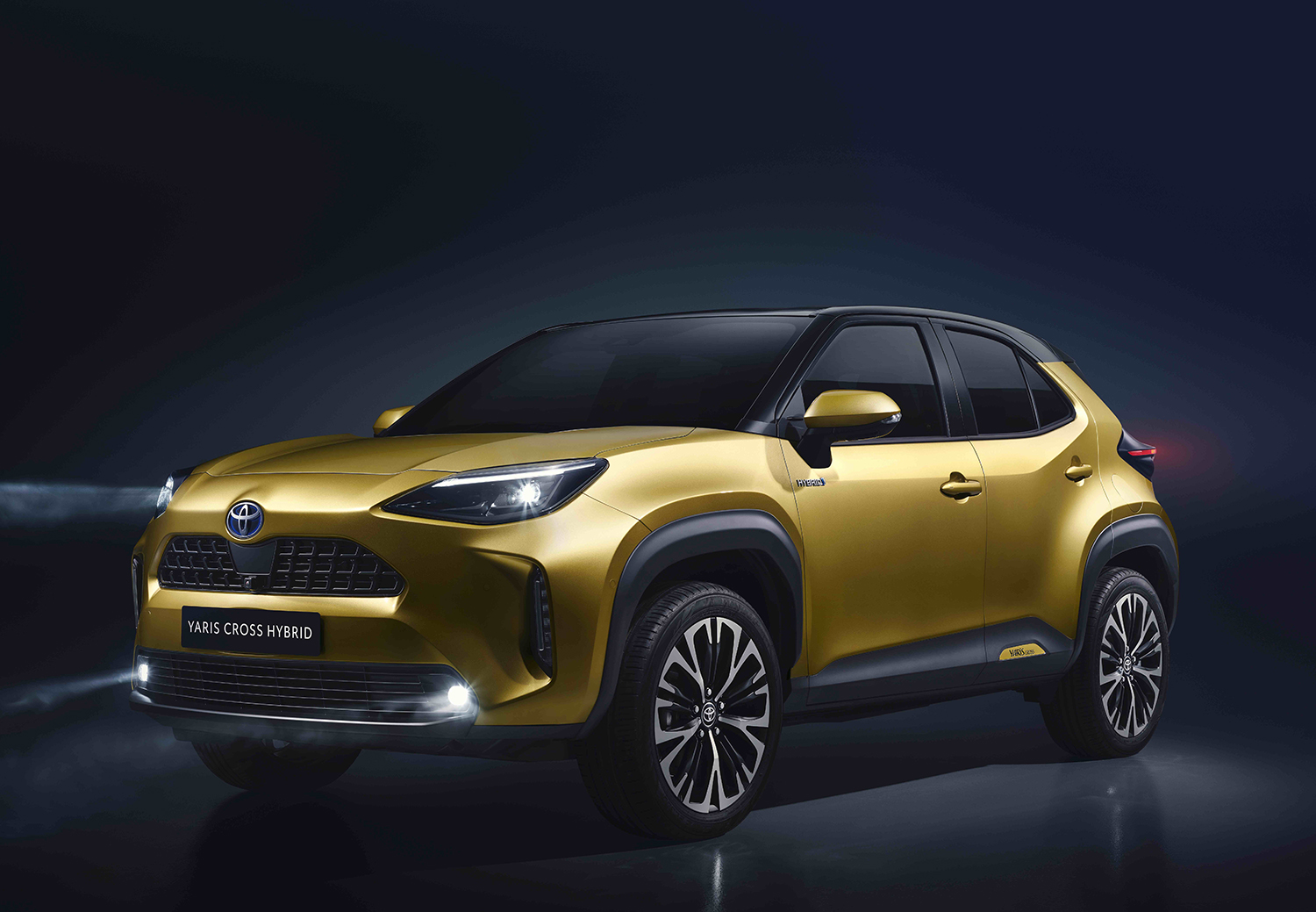 For all the latest reviews, advice and new car deals, sign up to the What Car? newsletter here